Breathless and Alphaville's radical director, a major character in the French Nouvelle Vague, passed away.

French-Swiss director Jean-Luc Godard, who played a significant role in the Nouvelle Vague movement that transformed cinema in the late 1950s and early 1960s, has passed away at the age of 91 ( 13.09.2022 ), according to the French newspaper Libération.

Godard made his mark with a series of increasingly political films in the 1960s before experiencing an unlikely career revival in recent years with films like Film Socialisme and Goodbye to Language as he started experimenting with digital technology. He is best remembered for his iconoclastic, apparently improvised filmmaking style as well as unbending radicalism.

We’ve lost a national treasure, the eye of a genius, the French president Emmanuel Macron tweeted. Godard, he claimed, was “the most iconoclastic of the Nouvelle Vague” and a “master” of cinema.

The director of The last Night in Soho, Edgar Wright, was one of the filmmakers who paid tribute to him, calling him as “one of the most creative, iconoclastic film-makers of them all.”

Godard, who was born in Paris in 1930, was raised and attended school in Nyon, a Swiss

town on the shores of Lake Geneva.

When Godard arrived to Paris in 1949 after completing his studies, he immediately felt at home in the sophisticated “cine-clubs” that had sprung up in the post-war French capital and served as the breeding ground for the French New Wave.

But before that, Godard gradually grew into filmmaking with a number of shorts, including Charlotte and Véronique and All the Boys Are Named Patrick in 1957, which foreshadowed his sloppy, almost careless approach to filmmaking.

Godard thought he could convert Truffaut’s earlier concept about a small-time crook and his lover into a movie and requested permission to use it. Truffaut, meanwhile, had achieved considerable success with his own film, The 400 Blows, and his influence helped Godard launch his endeavor.

Breathless, a 1959 movie directed by Jean-Luc Godard that made the career of Jean-Paul Belmondo and won Godard best director at the Berlin Film Festival, was shot on the Paris streets with minimum lighting systems and a storyline that was developed on-the-fly.

In the 1960s, Godard continued to produce a run of influential movies at a breakneck pace. Le Petit Soldat, his subsequent film, was banned in France until 1963 due to its idea that the government supported torture, but it was also the occasion for Godard to meet Anna Karina, the woman who would eventually become his wife, and it was also the occasion for him to utter his most well-known quote, “Cinema is truth at 24 frames a second.” Other high points included A Woman Is a Woman, a self-referential homage to the Hollywood genre. 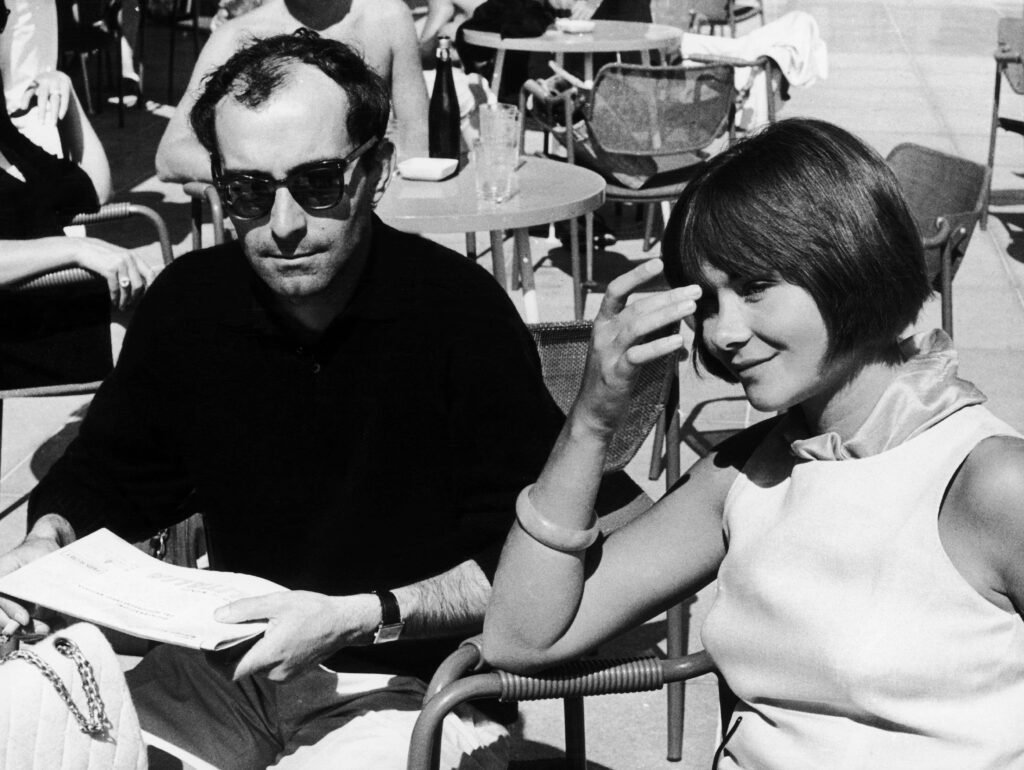 The opulent, epic film-about-filmmaking Contempt with Michel Piccoli, Brigitte Bardot, Jack Palance, and Fritz Lang; the musical, which once more starred Karina and Belmondo and received further Berlin honors; and Alphaville, an odd mashup of science fiction and film noir.

Godard and Karina divorced in 1965; their final film together, Made in USA, a tribute to American pulp literature that encountered copyright issues in the US, was their last collaboration.

By this point, Godard had also fully embraced the revolutionary ideologies of the time, and his films reflected this: he founded a collective of directors and producers with the name Dziga Vertov in honor of the Russian director of Man with a Movie Camera, assisted in the boycott of the Cannes Film Festival in 1968 in support of the college riots in Paris, and continued to work with young Marxist undergraduate Jean-Pierre Gorin on Tout Va Bien, a movie about a strike in a sausage factory starring Jane Fonda.

Additionally, Godard met filmmaker Anne-Marie Miéville in 1970. Miéville would later join Godard as a partner after his second marriage to Anne Wiazemsky, who had starred in La Chinoise, Godard’s 1967 documentary of student radicals, ended in divorce.

As the 1970s came to an end, Godard’s outspoken intellectual and political roles started to lose their appeal, and his work had less of an impact in the 1980s. However, somewhat surprisingly, Cannon Films funded his 1987 reimagining of King Lear, which spotlighted a gangster named Learo and was recreated as a post-apocalyptic farce.

Usually, Godard didn’t pick it up in person. He won the jury prize at Cannes for his 2014 film Farewell to Language, and Vision Book, which has been chosen for the 2018 Cannes film festival, received a one-time “special Palme d’Or.”